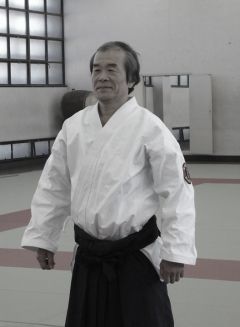 Aikido Kokikai was founded by Shuji Maruyama Sensei, an “uchideshi” (student who lived in the dojo) of O'Sensei Ueshiba. Maruyama Sensei was one of the first Aikido instructors sent from Japan to America, coming to the United States in 1966. There are now over fifty Kokikai dojos throughout the world, including the United States, Canada, Australia, Israel, Russia and Japan.

The Kokikai School of Aikido features a logical training system with concrete goals of effective self-defense and the development of each individual's full potential power through the realization of the correct state of being. That full potential power is made a dependable state through rigorous training in the Kokikai Training Method, using Ki testing and specific resistance to technique to lead the practitioner to deep self-discovery. The resulting correct state is then applied to self-defense movement, and every activity in daily life, for the betterment of ourselves, our society, and the whole world. Please join us in realizing your full potential through Kokikai Aikido Training.